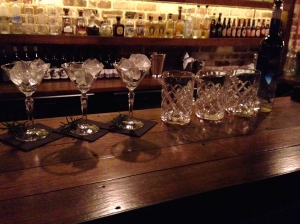 After visiting new local bar Bank Street Social on International Rum Day we were invited back to sample some more of the bars delicious Australian gin. We also ventured back there as a bit of a collaboration with fellow blogger Lee from Adelaide Food Central, for a night of food and drinking blogging. Sometimes it’s good to be a blogger.

We revisited Bread & Bone for dinner and you can read Lee’s review of our experience at his website. The Lady enjoyed another of their fine Negronis and I tried the Feral Hop Hog IPA. The Hop Hog was very fruity and refreshing with little bitterness, a thoroughly drinkable and enjoyable beer.

You already know our feelings about Bank Street Social’s decor. We just love the old school, speakeasy style. Hot tip, if you want to really soak in the design of the bar and enjoy your drink while quietly relaxing in a booth then head their on Wednesday night. The bar was relatively quite and had a far more subdued atmosphere compared to the crazy, high-energy of a Saturday night. The relaxed atmosphere allowed us to really notice all the little details that help make the bar come alive, like the old photos near the entrance and the cabinet filled with various old bottles, clocks and books. Coming on a slower night also allowed us to talk to the bar staff who really know their stuff. We spoke to Cameron who was knowledgeable and passionate about the experience Bank Street Social is trying to offer. We had a good chat about the bar’s focus on Australian spirits and the difficult, but rewarding experience of introducing bar goers to the wonderful world of Australian spirits. 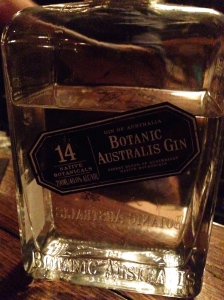 The Lady and I didn’t need any encouragement to drink Australian and we had a hard time choosing a different Australian gin to try. We eventually settled on the Botanic Australis Gin from Queensland’s Mt Uncle Distillery. The gin is made with 14 native Australian botanicals including Lemon Scented Gum, River Mint, Wattle Seed, Lilly Pilly, Lemon Myrtle, native ginger and Finger Limes. The gin has a lot of flavours going on but it works so well. Smelling the gin in the bottle it had a really pleasant cinnamon aroma. Cameron prepared a simple gin and tonic with Schweppes Tonic Water and an orange twist. The orange added a pleasant citrus scent and a hint of sweetness to the drink. Paired with the tonic water the Botanic Australis is so lovely to drink. You get a whole bunch of different herbal flavours before a really pleasant mint and pepper finish that leaves your mouth feeling so fresh. We could definitely drink these all night. 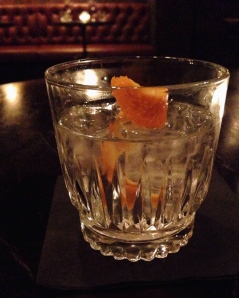 We finished the evening with what is fast becoming a favourite drink of ours, an Australian Martini. There is such a growth in good quality Australian gin and vermouth that you would be foolish not to pair them together. This time our barman mixed the drink with West Winds Sabre Gin and Maidenii Dry Vermouth. To make it just that extra bit special, and to enhance the flavours present in the martini our bartender also roasted some rosemary over the top of the drink to release the flavours and aromas from the rosemary before dropping it in the glass. The martini was so smooth and easy to drink. It had warmth and intensity from the spirits but it wasn’t so strong that it was unpleasant. The combination of the rosemary with the gin and vermouth was very nice. It really enhanced the flavours and the aroma of the martini and took it to that next level. It’s becoming very hard for us to go past an Australian Martini when they keep being this good. 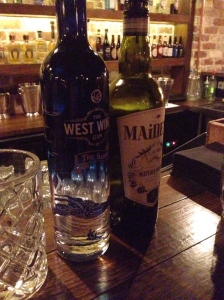 Bank Street Social certainly didn’t disappoint on our second visit. The relaxed atmosphere, knowledgeable staff and quality drinks made it the perfect way to power through hump day and celebrate the fact that the week was half over. 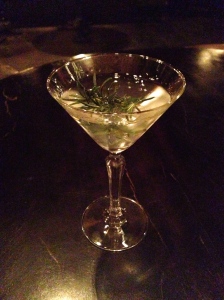 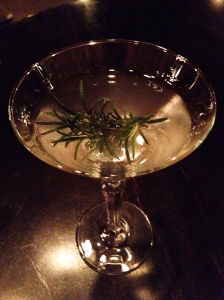 Disclaimer: The Cocktail Challenge was invited back to Bank Street Social and provided with complimentary gin and tonics for this article, but paid for the martinis. Although this post is sponsored all opinions are our own.

A while back, we whipped up a tasty little cocktail which paid tribute to Adelaide’s East End district. We called this drink The Eastender. The drink got us thinking about the key characteristics and traits of other districts in our beloved home town. We decided to shift our focus from the East to the West. I’ll admit, with the West End being such a diverse and broad area, we found this one a tad (read : a lot) trickier to encapsulate into a drink. However, we were pretty happy with the end result. 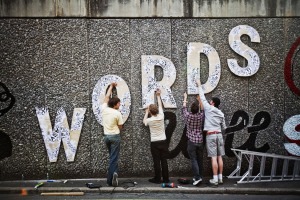 Adelaide’s West End is an unusual creature, with a rich and colourful history which has helped shape the district into what it has become today. Hindley Street is peppered with nightclubs, adult establishments and has a vibrant nightlife. In addition, the area currently houses a melting pot of cultural hubs, including UniSA’s Samstag Museum, the independent film venue Mercury Cinema, one of Adelaide’s few surviving independent booksellers Imprints, as well as the famous Jam Factory. In the West End, you will also find an abundance of inspiring and ever-changing street art. 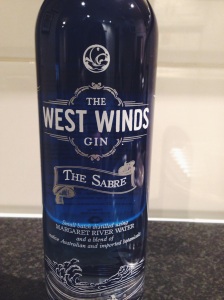 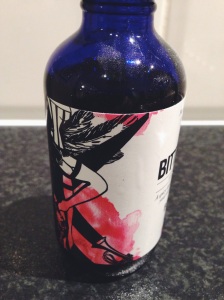 With The Westender, we wanted the drink to have elements of the old and the new. For this reason, we decided to base our drink off of the classic cocktail “Old Fashioned”. We like to think of our Westender as an Old Fashioned in New Fashion. Instead of using whiskey, we decided to use West Winds Gin (although not made in Adelaide’s West End, we felt the name speaks for itself). We used Bittermens Burlesque Bitters as a nod toward the West End’s infamous past, and we also added splashes of colour to represent the West End’s colourful art and cultural scene. 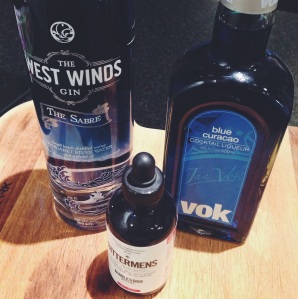 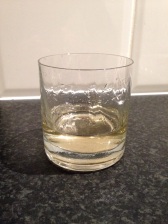 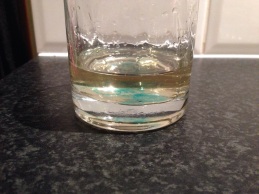 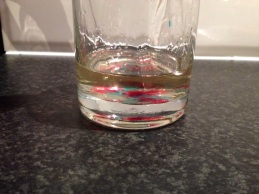 Add your sugar and bitters into a glass and mix with a cocktail muddler (you could use a teaspoon if you don’t have a muddler). Mix until the sugar is close to dissolved. Add the gin and stir together in the glass. Use a teaspoon to add a few drops of both the Blue Curacao and Grenadine into your drink (a tribute to Adelaidian Street Art!). If you have a pipette handy, this would be easier but I found the teaspoon a suitable alternative. I poured a small amount of each (separately) into a shot glass, dipped the spoon in and tapped the spoon over the glass until the drops fell in. 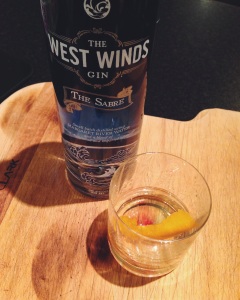 As you drink The Westender, the colours of the grenadine and blue curaçao mix together and blend with the drink, much like how the varying elements of Adelaide’s West End have mixed together to offer a unique district. The drink is definitely a strong beverage, but it delivers a firm statement with a unique flavour. Overall, the drink is quite powerful but certainly very tasty and grownup. We were aiming for a strong drink to match such a vibrant and diverse district. We feel that the mix of old and new fits in perfectly with Adelaide’s West End. The West Winds Sabre gin has a lovely citrusy flavour that makes it very drinkable. This paired quite nicely with the Burlesque Bitters, which has flavours of hibiscus, acai and long pepper and gave the drink a very spicy and herbal flavour. The bitters also gave the drink a delightful smell, full of peppery spice mixing with citrus oils of the orange peel dropped in the glass.

The Westender certainly was a tough cocktail challenge, trying to synthesise this diverse and exciting region of the city, but we we’re pleasantly surprised with how well our representation of the flavours of Adelaide’s West End mixed together to create this cocktail inspired by both the old and new elements of the district. So sit back and try a new take on an old classic as you plot your next visit to Adelaide’s West End.